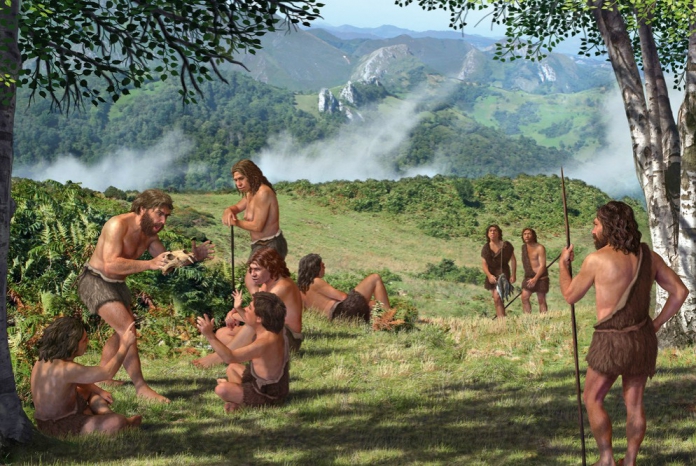 The very first man appeared on Earth about 2.6 million years ago and is called homo habilis. It is believed to have evolved from an earlier species of Australopithecus by evolutionary processes. And while Australopithecus were, in fact, two-legged apes, homo habilis had a body structure more similar to that of modern humans and also had the rudiments of intelligence. It is a skilful man is considered the ancestor of the modern human race.

For the first time the remains of a representative of skilful man were found in 1960 in Olduvai Gorge, Tanzania. The whole scientific world was excited by the sensational discovery of the skeleton of a new species of hominid. Searches for similar bones began to be carried out all over the world, and scientists soon collected a sufficient number of specimens to be able to describe in detail the features of Hominid man, which gave rise to the assumption that it was during the existence of this species occurred a turning point in the evolution of anthropoid creatures. The following features were immediately striking: the outermost toe not separated but pressed against others, similar to the modern structure of the human foot; a wider hipbone, like that of homo sapience (Homo sapientus – the modern species), allowing the birth of children with a larger brain volume; and a larger and more rounded skull. In addition, traces of primitive implements were often found next to human remains, which were apparently used by them during their lifetime. From all this, it is possible to conclude that Skillful Man is the most ancient man on earth, and the time of his appearance is about 2.6 million years ago.

But homo habilis refers to the human species only in scientific studies and archaeological timelines. A modern member of the human race could hardly call a short (1.2 meters in height), hairy and barely uttering unintelligible hominid the proud word “human.