Skip to content
In the National Basketball Association, an exchange took place, which can dramatically affect the fight for the championship. The Brooklyn Nets signed superstar James Harden in a deal involving three more teams. Now, due to a bunch of key players of the US national team, the former club of the Russian businessman Mikhail Prokhorov has become one of the main contenders for victory in the tournament. The details of a high-profile transaction are in the material RT. 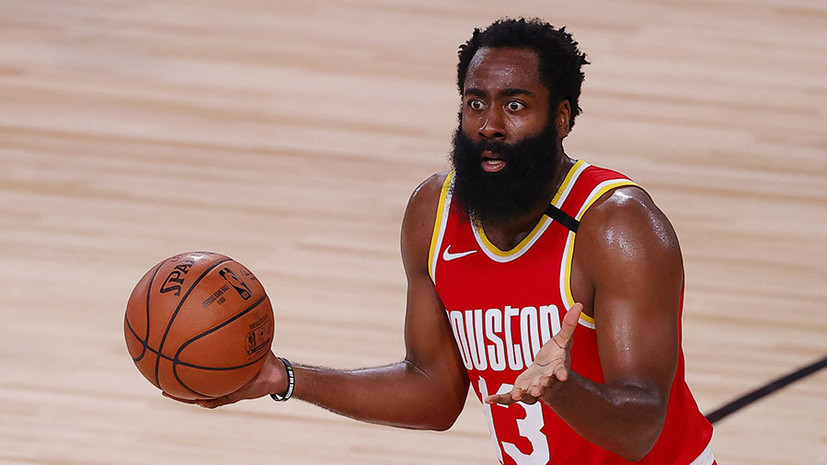 What is Brooklyn known for in Russia?

In the fall of 2009, businessman Mikhail Prokhorov acquired 80% of the shares of the New Jersey Nets basketball club. Thus, the Russian became the second foreign owner of any team in the history of professional American sports. The cost of the transaction was estimated at $ 200 million, but this did not bother the richest businessman in Russia at that time, according to Forbes.

Prokhorov announced ambitious plans: in the first year to bring the team to the playoffs, and five years later to make it a champion. At the same time, the option of moving the club from New Jersey to Brooklyn was considered, since the Barclays Arena was being completed there – the manager bought 45% of the rights to it.

At first, everything really developed according to an optimistic scenario. In 2012, the Nets received a new home, and at the same time changed their name, logo and club colors, which resulted in incredible economic growth. For example, in the first two days of trading in new paraphernalia, the volume of products disassembled by fans exceeded the standard norms for the team by ten times. And at the beginning of the 2012/13 season, Brooklyn topped the NBA ratings for clubwear sales.

Three years later, Prokhorov completely bought the organization from Bruce Ratner, becoming a frequent guest at the team’s matches. It got to the point that the businessman even attended training sessions and performed at them with masterclasses, simultaneously surprising the basketball players.

In 2017, the Nets posted operating profit for the first time in a long time. And in 2019, they increased their capitalization to $ 2.4 billion, although under Prokhorov they started from $ 269 million. Nevertheless, despite the economic progress, sports success was not achieved. Since moving to Brooklyn and over the next seven seasons, the team hasn’t even made it to the conference finals. The highest achievement after only four appearances in the playoff series was getting into the second round of elimination games – in the 2013/14 season, the Nets lost to the Miami Heat (1: 4).

In addition to Prokhorov, the Russians were interested in “Brooklyn” also because Andrei Kirilenko was finishing his overseas career in the team. The current president of the RBF played in the top lineup along with Kevin Garnett, Paul Pearce and Deron Williams, who were called the big trio of Brooklyn. But the stars, who were respectable by basketball standards, were not able to adequately respond to the modern challenges of the changed NBA.

Why is Brooklyn interesting today?

In 2019, Prokhorov, who did not fulfill his promises on the sports line, sold the club to the co-founder of the Chinese Internet company Alibaba Group, Joseph Tsai. The deal, which was estimated at a record $ 2.35 billion for the world of sports , was called unique by the businessman himself.

“I don’t know of any other investment that would show a similar return in such a short period,” Prokhorov said in an interview with TASS. “By selling the club, I agreed to an offer that would have been stupid to refuse.”

The new owner, unlike its predecessor, approached the transfer policy much more aggressively, aiming to win here and now. In the summer of 2019, the Nets blew up the market by signing a couple of superstars as free agents: Golden State’s Kevin Durant and Boston’s Kyrie Irving. Unlike the 2013 deals, the club picked up performers at their peak.

And that is why their “champion window” was seen as quite large: even Durant’s injury, knocking him out of action for 552 days , and the pandemic that spoiled the last rally, did not affect the status of the club. Before the start of the 2020/21 campaign, the recovered and impressive Brooklyn was considered one of the most realistic contenders for the championship.

In recent NBA history, titles most often – and with the least resistance – have been taken by teams with three superstars. The Lakers won with Kobe Bryant, Shaquille O’Neill and Derek Fisher at the turn of the century. “San Antonio” led to success Tim Duncan, Tony Parker and Manu Ginobili. Kevin Garnett, Ray Allen and Paul Pearce brought the rings to Boston. LeBron James, Kevin Love and Kyrie Irving celebrated their success at Cleveland. The rise of “Miami” was associated with the same LeBron, Dwayne Wade and Chris Bosh …

However, today, due to the clever financial constraints of the collective bargaining agreement, it is very difficult to collect three top performers in a single league team at once. Even the reigning champions, the Los Angeles Lakers, rely only on LeBron and Anthony Davis. At the same time, the reserve group is very modest due to the high salaries of the stars.

Brooklyn also came up with a scheme according to which Harden can also be lured into the company with Irving and Durant. For this, however, the team gave away 11 assets at once: four players, three unprotected draft picks and four rights to exchange picks in the draft in 2022, 2024 and 2026. Nevertheless, the Nets managers were not embarrassed: if you win here and now, you need to take risks.

Why was Harden released to Brooklyn?

Most Valuable Player of the 2017/18 season, eight-time All-Star Game, three-time NBA sniper, World Cup gold medalist, Olympic champion … Such performers have not scattered around. Unless, of course, they have problems with discipline. And Harden had plenty of them.

The defender kept returning from his off-season vacation with excess weight. He constantly got into the chronicles because of spree, including with resonant socialites of the caliber of Khloe Kardashian. He broke the pandemic rules for the sake of visiting strip clubs, where he was a regular. In general, for all the genius on the site, he demanded patience from the leadership in handling himself.

Houston owner Tilman Fertitta put up with it for three seasons after the acquisition. However, after Harden, along with various star partners (from Chris Paul to Russell Westbrook), did not climb beyond the conference finals, the boss’s patience snapped.

In the summer, he refused to cooperate with general manager Daryl Morey, who has been collecting the Rockets for the championship in recent seasons. Then he parted with head coach Mike D’Antoni. And then he “blew up” the composition, exchanging Russell Westbrook for John Wall and embarking on a personnel reboot, including in order to save money.

Harden reacted to this with another disdain for his form in the offseason (jokes about his excess weight became something for granted), clashes with partners in training and open statements about the desire to exchange.

It didn’t make sense for Houston to pay a lot of money to the star who ruined relations with everyone around. Therefore, all that remained was to find trade participants who would be interested in Harden.

Where is the confidence that the Nets are the main contender for the championship?

The connections between the new members of the Brooklyn trio abound. They have regularly crossed paths in the various convocations of the US national team since 2012 and have shown good understanding. The same Mike D’Anthony who ran Houston in recent years was also a member of the Dream Team headquarters. Moreover, today he is the Nets’ attack staging assistant.

Durant and Harden played together at Oklahoma for three years, from 2009 to 2012, and turned the underdog team into an NBA finalist. Moreover, Harden’s desire to reunite with the former team-mate who helped the defender become the best sixth player in the league in the 2011/12 season is known for certain.

In addition, stopping an attack of three such high-profile performers is incredibly difficult. Harden, even in suboptimal physical condition with partners of much lower quality than in Brooklyn, managed to gain 44 points with 17 assists per evening. Whereas Durant and Irving, on average, earn a total of under fifty points per game, without straining too much.

Even a few good rotation basketball players dismissed from the team under the terms of the trade (Karis Levert and Jarrett Allen) do not affect the overall quality and depth of the Brooklynians’ bench. In the playoffs, teams play with a limited composition of eight to nine people. And today the Nets have them, with three of the NBA’s top 10 performers here and now. In addition, both Harden, Durant, and Irving are versatile enough to cover multiple positions. And therefore, they will facilitate the choice of the coach when determining tactics for important games.

Do not forget about the personal motivation of the stars. Harden still hasn’t won an NBA title. Irving is still trying to prove to LeBron that he can solve global problems without him. Durant, on the other hand, is looking for a team where he would become both the undisputed leader and the owner of the ring at the same time. Working together at the Nets is the last real chance for each of them to achieve their goal and finally establish themselves in the history of the NBA.